This is a southern cocktail that goes by a number of names. It can be called a spiked Arnold Palmer, a dirty Arnold Palmer, A Firefly Vodka Cocktail, or a John Daly cocktail!

(John Daly is a golfer from Arkansas who was known to enjoy a drink or two…that’s probably the name that resonates the most with my Arkansas roots, but I’ve read that Mr. Daly doesn’t like this cocktail to be called by his name.)

We all know that an Arnold Palmer is a non-alcoholic beverage made with lemonade and iced tea.

The spiked Arnold Palmer is basically the same thing with the addition of some type of alcohol, usually vodka.

You can make this drink in two ways:

Both are delicious and refreshing. Both are perfect on a warm summer day. We had them recently on a cold winter day and thought they were perfect then, too!

Let’s talk first about Firefly cocktail version. Why? Because it is my favorite. I promise that this is not a sponsored post – but the sweet tea vodka from Firefly Spirits? Y’all! So good!

Firefly Spirits are made just outside of Charleston, South Carolina and this distillery created the world’s first sweet tea vodka. People in South Carolina know their sweet tea!

This version is super simple. You just stir some Firefly sweet tea vodka into some lemonade. Homemade lemonade is best, but I dare say that if you showed up at a gathering with a bottle of sweet tea vodka and a gallon of Chick-Fil-A lemonade you would be the star of the party.

I understand that you might not have access to sweet tea vodka, and if not I’ve got you covered! You can make a spiked Arnold Palmer by making up a batch of sweet tea, then mixing the tea with lemonade and then adding a bit of vodka.

Heck, you don’t even have to use homemade sweet tea. You can buy some sweet tea at the grocery store to make this beverage even simpler.

With either version you are going to want to pour this drink over ice. You can add then add mint or lemon as a garnish. I think mint gives it just a little more pizzazz. They also look fun poured into ball type jars for drinking.

However you decide to proceed the results are wonderful. But be careful! This is a beverage that doesn’t taste alcoholic and it can sneak up on you. Drink responsibly!

Even though I am including recipes…they are barely recipes. Consider them to be more of a guide. Feel free to:

Just try different things until it becomes the perfect Firefly Vodka Cocktail or Spiked Arnold Palmer for your taste! 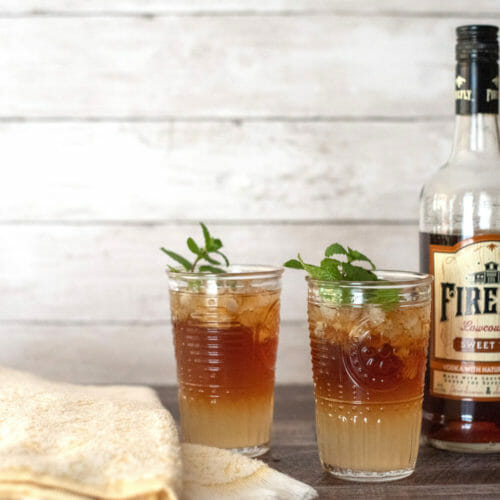 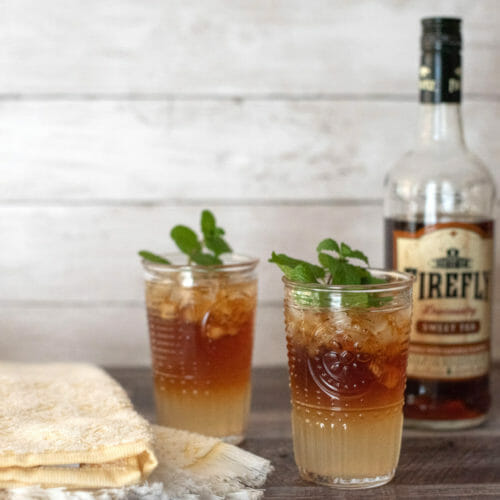 This is the first post in our Southern Cocktail Series!

Thanks so much for stopping by!

Thanks so much for stopping by!
We are Karen and Emily, a mother and daughter from Arkansas. We love to share all about the people, places, and food of the southern US.

Learn More About Us

At Somewhere Down South we want to help you plan your visit to the Southern US. Whether you are interested in outdoor activities, cities, weekend excursions, or delicious food you will find it all here.

Information about the wonderful places in the southern states.

Check out these delicious southern recipes!